79.8% of India’s population is Hindu, 14.2% Muslim, and 6% is of various religions including Christianity, Sikhism, Buddhism, Jainism and others. The people in my tour group learned to spot active and inactive temples. They were like living things and if people did not use them and bring offering they basically closed up and metaphorically died.  Active temples had  priests present and flew flags to show they were thriving and open to worshipers. 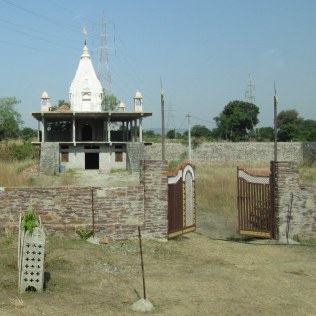 Our tour went to Jaipur and the temples of Badoli, my first visit to a Hindu site.

I’m in awe when I see religious sites from the past. Across the world, many gathering places of worship amazed me as I witnessed the hard work and devotion of the people who created them. The remains of the temples at Badoli  dated back to 10th-11th century and were very impressive with their intricate detail.

The Hindu religion has 33 million deities. I felt that I would need a guide book with pictures to make sense of it all.

But it all came together.  Our guide pointed out the things that were significant and I did some reading when I got home.

Hinduism is the oldest religion in the world. It has no single founder, no single scripture, and no single governing body. Its foundation is dharma, a right way of living based on duty, conduct, and virtue. The three stages of  Hindu life are birth, death, and rebirth.  Salvation (Moksha) in the afterlife is obtain through good actions and deeds (karma). There are three main deities, Brahma (creator of the universe),Vishnu (the protector of the universe), and Shiva (the destroyer of negativity).  All living creatures have a soul, the eternal true self.

I learned the most about Hinduism from observing the wonderful spirit of acceptance, tolerance, and joy in the Indian people. Their religion teaches  interconnectedness, to see oneself in all being and all beings in oneself. What a great way to live! 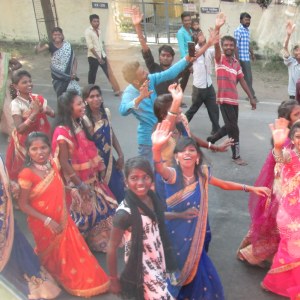