Crossed into Canada, I’m in Banff. Quite a tourist town!  More glitz than I’ve seen in the last few weeks. As looked over the lake towards a beautiful mountain scene, I saw my very first bald eagle.  I’m one of those people who get excited even over little things, especially when they concern nature.  This sighting is something I’ll never forget.

I love to drive. I sing along with my favorite music or acquire a whole bunch of interesting information from NPR or just think.  This morning the whole concept of tempo consumed my mind.  I found the definition in a dictionary at a bookstore in Banff, ‘tempo, the rate of motion or activity.” I decided it really doesn’t matter if a tempo is fast or slow.  I think consistency is important, a steady repetitiveness that forms a rhythm. Pace yourself. Pick a stride and stick with it. The tortoise and the hare. Steady wins the race. On this trip, I’m realizing that it is not where you go that counts, as long as you keep moving forward.  A metaphor for life?

I got a campsite in the Banff National Park. A wolf actually ran through the campgrounds by my site.  Nobody seemed to get excited. I loved it! 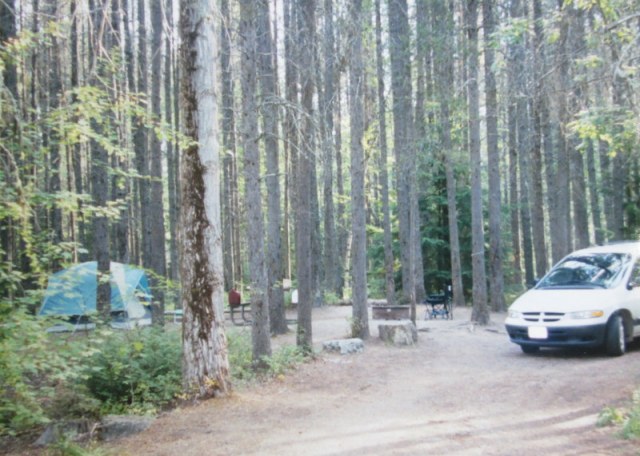 Canadians are so into ecology and the environment.  I went to another ranger talk and learned that there was a problem because a  of lot wild animals were being killed on The Trans Canada Highway. The government came up with some solutions.  They built wildlife bridges that  were made to look as inviting as possible with trees, bushes and soil. 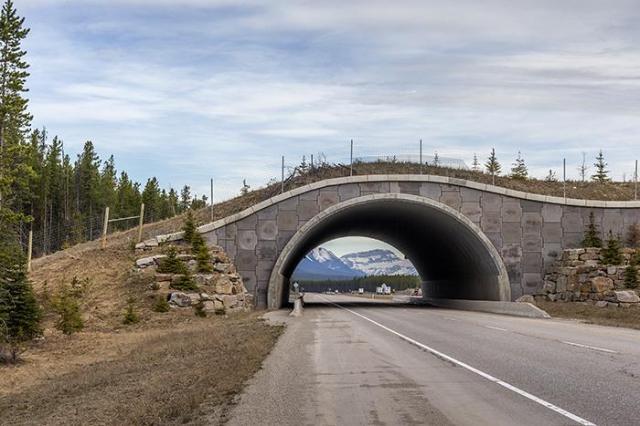 Also, tunnels  were constructed under the highways to allow animals to pass  unharmed.

A fence along the highway became somewhat of an unsolvable problem.  The wolves learned that if they chased mountain sheep into the fence at a good clip, the sheep would hit the fence, become dazed, and be an easy kill.  The lesson of survival of the fittest, adaptation and resourcefulness, is demonstrated once again.

Join 161 other subscribers
Follow The Autonomous Traveler on WordPress.com