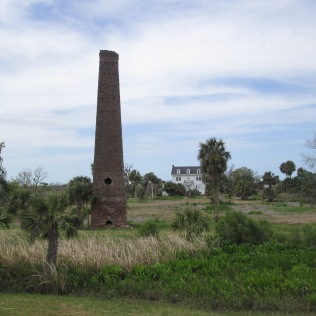 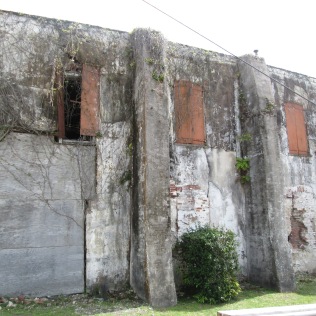 Dear friends at the condo complex almost shouted with panic when I told them I was staying until the end of my rental lease, March 31, Easter Saturday. They left days before to void traffic and mayhem. Maybe apocalyptic herds of Easter bunnies ready to throw imperfect colored eggs at their cars? Heading home for a snowbird is a bit nerve wracking.  It  requires precise timing and careful strategy to dodge lingering snow and ice storms.
I love my three months in St. Augustine. I go to lectures, festivals, and spend time with wonderful friends. Classes in writing, art, and history keep my mind alive. The pace is exhilarating. I will be going back next year. But what I miss is quiet, the kind of stillness I have in my North Country.
When I drove over The Bridge of Lions and passed the statues of the Spanish conquistadors that welcome visits from the north to St. Augustine, I knew I was leaving a place with all the accouterments of modern civilization. I had unlimited internet and cable at the condo. I could listen to every little nuance in the political drama of our country all day long. The ancient city had the best schools, restaurants, and beach. It was proclaimed a top vacation destination and one of the best places for Christmas lights. It was growing and growing and so was its constant rumble and roar of progress.
I decided to travel only 117 miles to a place in Georgia just in case the predictors of horrible traffic were correct. By chance I made a reservation in a little town called Darien off Route 95. After finally getting everything into my van, I started my journey.

For the sake for expediecy, I had skipped my morning coffee. I stopped at one Starbucks and the line was way too long. At a second one, 10 miles away I realized I was an ancient oddity, the only person there not looking at a screen.

I arrived in Darien, the part of the town with fast food, motels, and gas stations. I was restless, so after I settle into the hotel I drove and then walked. Near the village away from Route 95 and the noise of the modern world, I found the remains of the Butler Rice Plantation that had dikes and canals built by 19th Century engineers from Holland.  I marveled at an old tree growing majestically on a coquina shell wall.  I discovered an old building that once sold supplies to ships that sailed the ocean. And I found artistic grace in a line of fishing boats in the harbor. I found peace. I’m getting closer to home.

Come away from the din,

Come away to the quiet fields,

over which the great sky stretches,

and where, between us and the stars,

there lies but silences;

and there, in the stillness

let us listen to the voice

that is speaking to us.

Join 159 other followers
Follow The Autonomous Traveler on WordPress.com